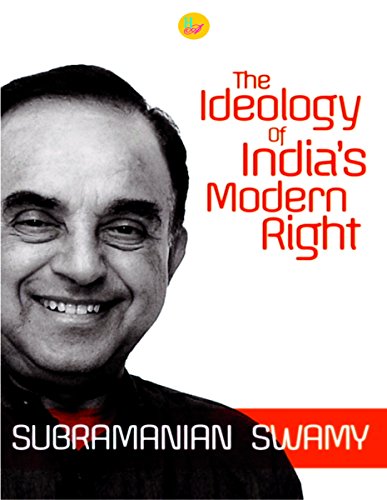 Subramanian Swamy is like a Rasputin of Indian politics, nobody is more courageous or bolder than him in contemporary India. In this book he strives to articulate the ideology of the India’s modern right and summarises it as Virat Hindutva.

He has defined this ideology on five dimensions

1) The Correct Identity of an Indian: Anybody who is a Hindu or acknowledges that their ancestors are Hindus is in Indian. Modern genetic research has proven that all Indians whether they’re Brahmin, Kshatriya, Vaishya, Shudra or other tribals, they all share the same DNA. Thus Indians are India-born leaving no scientific genetic support for recent British imperialist sponsored Aryan invasion theory.

2) De-falsified History of India: A truthful factual history record that we Indians are one ethnic people from North to South, and East to West of India and not a product of any mass immigration from other parts of the world. Indians accepted wholeheartedly any people who came in good faith or who were running from persecution in their lands like Parsees, Jews etc but they fought and resisted courageously any hordes who wanted to destroy the core fabric of India. India never capitulated to either Islamic Hordes or European assaults thus explaining why India is still 85% Hindu even after 800 years of Islamic rule unlike Persia, Iraq or Egypt which were islamised within 25 years.

3) Economic Theory of Integral Humanism: This is an integral view of material progress harmonised with spiritual values as propounded by Pd. Deen Dayal Upadhyay with focus on innovation and technology. Universities should act as green houses for Indian youth to find their roots and develop their intelligence for pursuit of their chosen careers to live a good family life in a vibrant democracy.

4) Sanskrit as the national link language: Sanskrit should be the only sensible link language for us Indians. There are two reasons for it. The first is that all Indian languages have a high proportion of words taken from Sanskrit e.g. for Bengali & Malayalam it is 85%, for Tamil it is almost 35%. Second the exact grammar of Sanskrit makes it the ideal language to store knowledge for future.

5) Virat Hindutva Mindset and Governance: This is the mindset in which Indians should prefer to lose everything they possess rather than submit to any treachery, tyranny or terrorism.

Subramaniam Swamy has rested the new ideology of Indian right on these five pillars, these are strong foundations to build an ideology on for modern Indian right but need further refinement to make it more convincing to ordinary Indians. It is a good start nonetheless to build a brighter future roadmap for a stronger and confident India.